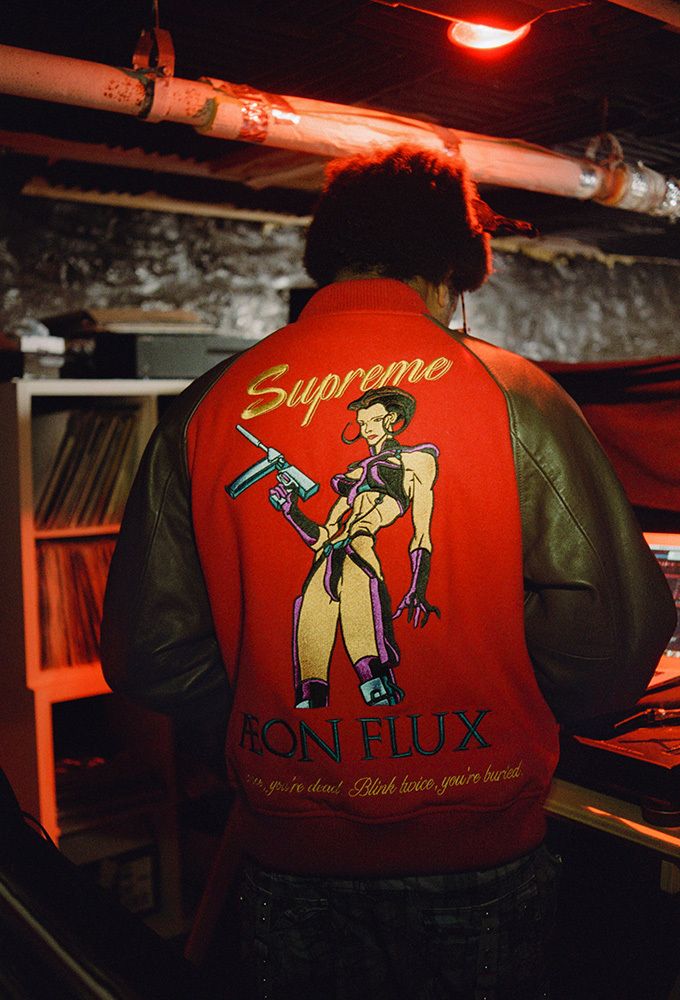 Aeon Flux is an animated science fiction television series created by Peter Chung. Aeon Flux premiered in late 1991 as part of MTV’s Liquid Television – a late-night adult animation series comprised of short, experimental segments. The series is widely regarded as groundbreaking – both in its cinematic visual style and its subversive approach to animated storytelling.

Aeon Flux is largely set in the warring cities of Monica and Brenga, devastated by an environmental apocalypse that has decimated the global population. The cities are ideologically at-odds – Monica is an anarchist dystopia; Brenga, a tightly controlled police state. The titular character is an agent from Monica intent on infiltrating and destroying Brenga and its leader, Trevor Goodchild.

Aeon Flux wildly subverts conventional notions of heroic action by emphasizing ambiguity and shifting perspectives. Aeon is self-motivated – she is not an agent of any state or organization. She is not upholding any law or ideology. Trevor Goodchild is her enemy, as well as her lover. The series’ depictions of violence, sexuality, domination, fetish, and death are open-ended and unrestrained. “Working in Hollywood, things tend to get polarized into either being pure escapism or something didactic. I’m not interested in doing either one of those,” Chung has said. “I’m interested in getting the viewer to shift his mind into thinking in a new way. That’s really what this show is about.”